Free Shipping on orders over $99. This offer is valid on all our store items.
Search
Recent Posts
Trending Article
10 Things You Should Know BEFORE Buying A Casio Watch!

10 Facts About Tissot That Will Leave You Awestruck 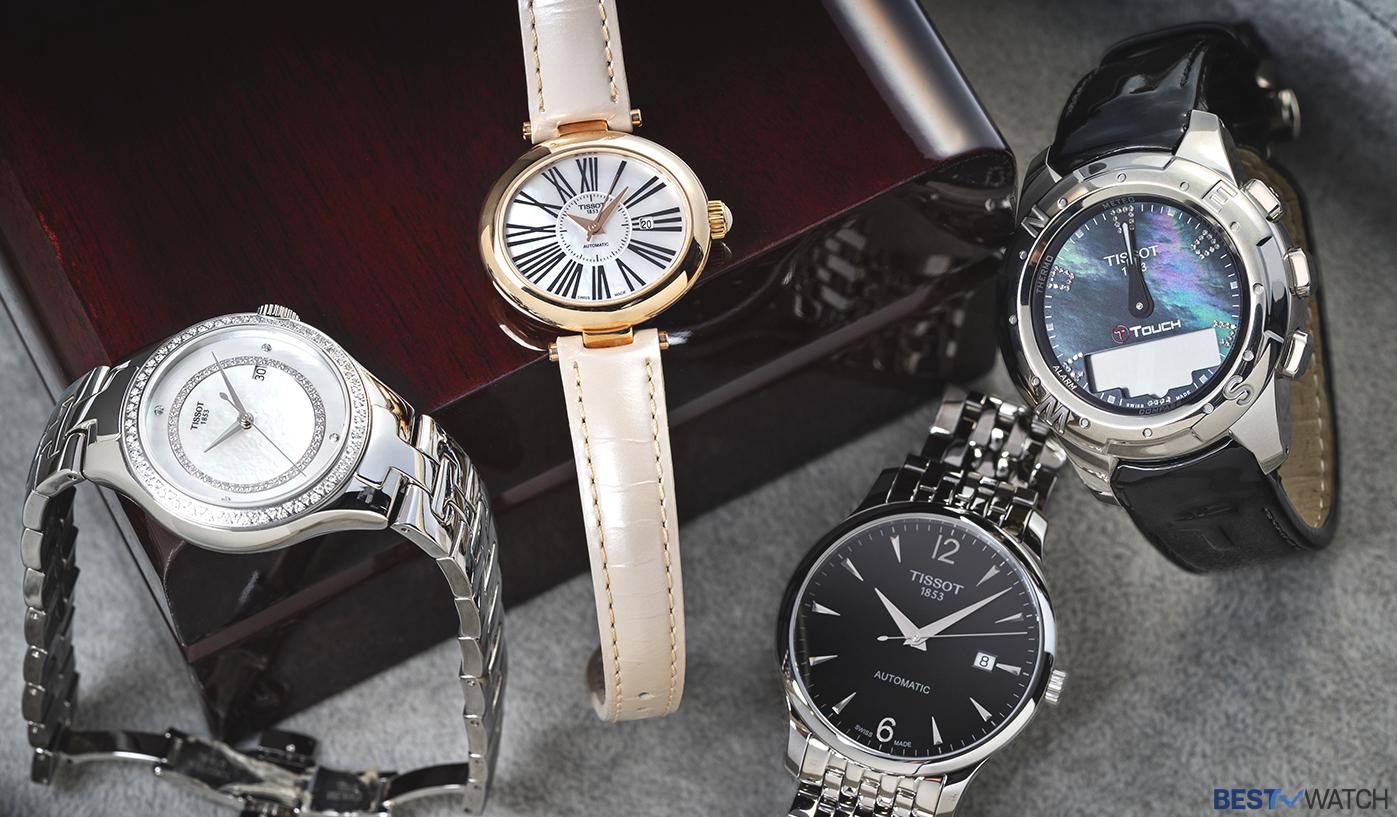 Tissot is widely considered to be one of the most iconic Swiss watch brands in the world today. Presently, it is part of the Swatch Group and is known primarily for its affordable mechanical watches. The brand has over 165 years of experience in the watchmaking industry and is loved by watch connoisseurs all over the world. Before we get to the 10 interesting facts about the brand, let us first dive into the history of the brand.

The inception of Tissot can be traced back to 1853, when Charles-Félicien Tissot and his son Charles-Emile Tissot founded Ch. Félicien Tissot & Fils in Le Locle in Jura, Switzerland. The senior Charles was a fitter of gold cases, while his son was a watchmaker. The watchmaking establissage initially started with a few specialized independent workers who crafted different parts of the Tissot watch. Thereafter, the parts were assembled and sold at the Comptoir. Tissot was involved in the production of luxurious pendant watches, pocket watches, and complication watches at the time. A major turning point for the brand was in 1900 when Tissot won the Grand Prix award in Paris. From then onwards, Tissot established itself as a formidable watchmaking brand around the world.

In 1930, Tissot ended up merging with Omega, establishing Société Suisse pour l’Industrie Horlogère (SSIH) in the process. After enjoying many years of popularity, the Swiss watchmaking brands entered a period of crisis. From the 1970s, the Japanese-made quartz watches started dominating the market, while the Swiss watchmakers had not capitalized on the quartz innovation. So the need to come up with quartz variants was realized and this is how Swatch was born.

The Swatch was released in the 1980s with exciting new designs, and it helped the Swiss watchmaking industry in recovering from the slump. After the success enjoyed by Swatch, a merger was recommended for the main watchmakers, which included SSIH and ASUAG. This group resulting from this merger later came to be known as the Swatch Group (1998), of which Tissot is an important part. At present, Swatch is the largest distributor and producer of watches in the world today.

Tissot has been a frontrunner in the watchmaking industry for more than 165 years, producing elevated-looking watches at affordable price points. The brand holds a reputation for making elegant dress watches and striking sports watches that try to push the envelope when it comes to technological innovations.

Tissot stands true to its slogan – “Innovators by Tradition”. The brand is known for using progressive methods of craftsmanship and it prides itself in producing the finest quality watches. The first pocket watch created by Tissot in 1853 featured ground-breaking technology of dual time zones. Besides this, the brand is also credited with producing the first Tissot automatic watch with 24 time zones displayed, known as the Tissot Navigator 1951. In the present day, Tissot is widely known for its innovative T-touch technology. These new Tissot watches come with a barometer, compass, altimeter, and backlight, all of which are controlled by touch-screen technology. These watches have been frequently covered in movies like Tomb Raider and Die Another Day.

Tissot watches are quite impressive in the style department and are way ahead of the curve as far as design elements are concerned. The most famous Tissot watches are the sportier versions, however, the vintage-style dress watches also command a lot of style. Tissot also has some smart-casual watches and pocket watches, which are equally in demand.

Tissot watches come in several variations, with models in both quartz as well as automatic movements. The timepieces feature varied designs, with case options like gold, stainless steel, platinum, and titanium. There is no dearth of variation in bracelets and dials too. Following are some Tissot watch collections and famous models:

This consists of divers and sports watches. While the majority of the models have been designed for men, there are some great models for women too. Prominent T-Sport models include Tissot Seastar 1000, T Race, Tissot V8, Tissot PRS 516, among others.

This collection consists of timeless and classical designs. It consists of a versatile range of models like Luxury, Couturier, Bridgeport, Tradition, and T-Complication Squelette.

Some other collections of Tissot watches for men consist of Heritage, T-Gold, and Pocket Watches like Savonnette and Lepine.

Now that we have discussed the history, design, and collections of Tissot watches, here is a list of 10 interesting facts about the Tissot watches.

It is evident from this article why Tissot is loved by watch connoisseurs all over the world. The brand has been featured in many famous Hollywood movies. In addition to that, it has also been the favorite choice of prominent celebrities which included Elvis Presley, Nelson Mandela, and Grace Kelley. Tissot offers a wide variety of options based on different preferences and lifestyles, and one will surely find a timepiece to their liking from the vast collection of Tissot models.

Introduction Smart watches have revolutionized the wristwatch market by offering a multitude of functions useful for our everyday life, ranging from fitness monitoring to social media updates. The most-recent technical advancements like VLSI chip design allow us to miniaturize various electronic components and circuits. These remarkable achievements gradually paved the way for the development of […]

Sinn 104: An Ultimate Guide of This Popular Series in Sinn

Founded in 1961, Sinn Spezialuhren has been renowned worldwide for its navigational clocks and specialised tool watches. The Series 104 is a collection of classic pilot timepieces from the Frankfurt-based brand’s “Instrument Watches” family. Known for its true and traditionalist style, SINN Series 104 seamlessly incorporates modern materials and sophisticated technology for ensuring optimum performance. […]

The Popular Rolex Oyster Perpetual Models You Should Know

Rolex Oyster Perpetual is considered as the purest form of a Rolex watch. Without date display, rotating bezel, chronograph or any fuss, it contains only the most classic features that define the brand. Its simplistic design is the one for purists.  Rolex Oyster Perpetual is the quintessential example of Rolex. While other collections, such as […]