Free Shipping on orders over $99. This offer is valid on all our store items.
Search
Recent Posts
Trending Article
The Timeless Design of Jaeger LeCoultre

The history of Omega Speedmaster with NASA astronauts 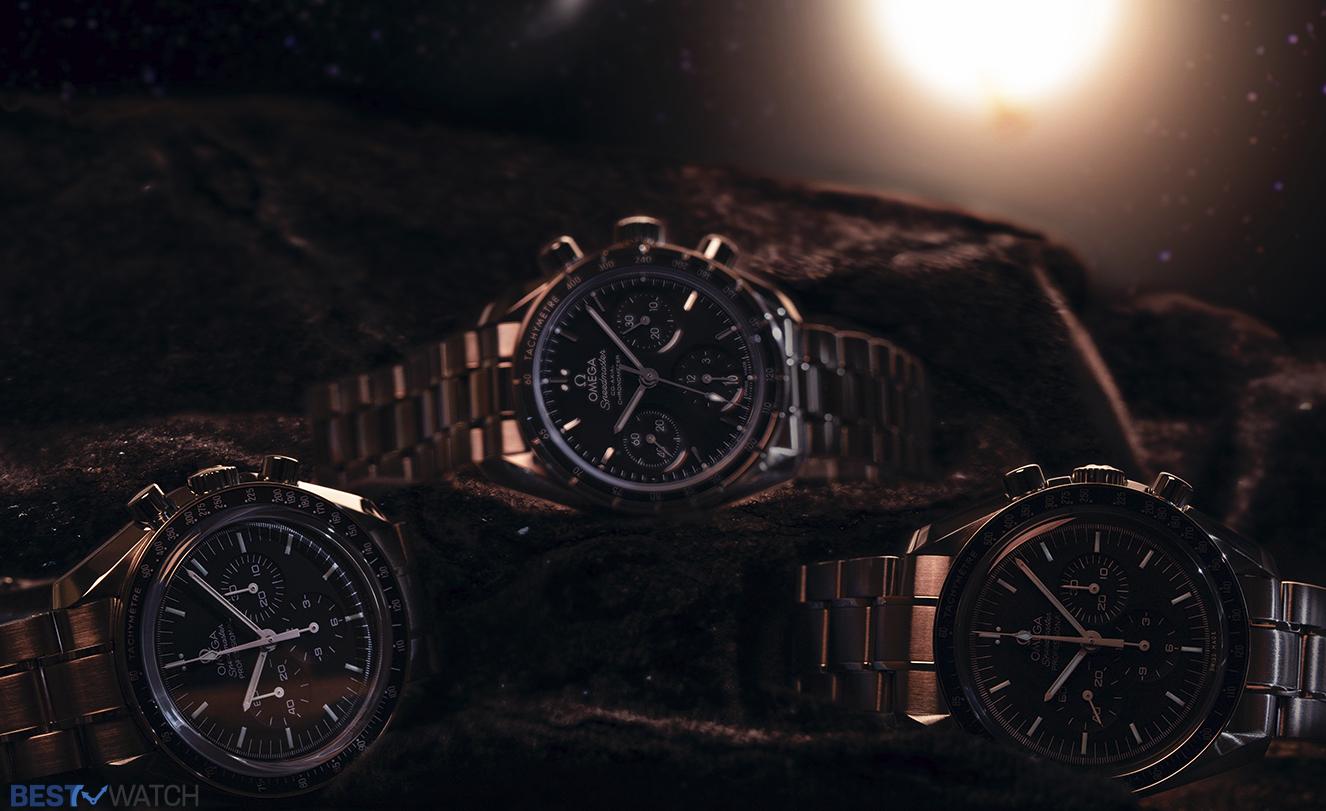 The Omega Speedmaster is a watch with an iconic design and a storied history, one that is inextricably linked to the period of human spaceflight. The Speedmaster can brag about being the first watch an astronaut donned before stepping on the moon’s surface. It’s also rumored that it’ll be the only watch capable of being worn on Mars when a manned expedition is undertaken safely. The Speedmaster is still as popular among novice collectors and dedicated aficionados as it was when the watch originally debuted. Omega Speedmaster watches are not automated. They need to be wound manually. Note that any automatic watch is powered by the force of gravity, rendering it worthless in a zero-gravity (or low gravity) setting.

The Birth of Omega Speedmaster

The Omega Speedmaster was not created with astronautics in mind. In 1957, it was debuted as a professional and motorsport chronograph, joining the ranks of the classic chronographs of 1920s and 1930s. The Omega 28.9 chronograph from the collection was Omega’s debut compact wrist chronograph. Omega‘s status as the exclusive timekeeper for the prestigious Olympic Games was cemented by these watches.

The Apollo mission was intended as a successor to Project Mercury, the project that launched the first Americans in space during President Dwight D. Eisenhower’s tenure. In addition, Apollo 8 offered the very first nationally streamed photographs of the celestial bodies to an estimated 50 million spectators across the United States. This expedition, like Apollo 10, orbited the Moon and assessed numerous spaceship parts and components. With the launch of the Apollo mission, NASA began looking for a trustworthy wristwatch to function as the space program’s authorized wristwatch. They started by sending out tender documents to a small handful of companies. Companies that received the opportunity were Elgin, Benrus, Hamilton, Mido, Lucien Piccard, Omega, Bulova, Rolex, Longines-Wittnauer, and Gruen. Only four of the 10 brands responded to the request. Omega, Longines-Wittnauer, Rolex, and Hamilton were among them.

The explorers would gear up on the moon’s surface and activate the wristwatch a little before putting on their headgear. They were able to see a small digital screen. Since it didn’t always work, they had to rely on that wristwatch as a fall back. It explains the immediate ruling out of Hamilton. Hamilton was rejected for presenting a pocket watch, which did not meet NASA’s requirements. The Rolex 6238, the Longines-Wittnauer 242T, and the Omega Speedmaster were the other eligible watches. These were subjected to an array of testing. Temperature cycling in near-vacuum, linear acceleration, and high and low temperature was among the issues tested. Mechanical hand-wound chronographs were used in all of the tests. The very first quartz watch and the first automated chronograph would not be released until 1969. The NASA space program had already begun by that time.

The victory of Omega Speedmaster

The findings were ultimately released on 1st March 1965. In some of the extreme tests, the Rolex model ceased to function twice and even failed in a temperature test. Longines-Wittnauer also failed two tests. Overall, both watches performed unsatisfactorily. The Omega Speedmaster, on the other hand: performed great. It was ahead of the other two in almost all the tests. In one of the tests, the illuminating coating on the dial was smashed, but the Omega chronograph operated admirably overall. It was a resounding victory for the Speedmaster. NASA, on the other hand, offered a few tweaks, including a 24-hour turning bezel and bright indications over elapsed time displays.

Having survived NASA’s brutal tests was in itself enough to push Omega Speedmaster to the list of the greatest watches ever. Its journey to the moon is marked with innovation, creativity, and the human endeavour to achieve new heights. The Speedmaster already underwent a few more alterations by 1969, and at this point, the model begins to take over the form of the iconic Speedmaster we currently know. With a sturdier and bigger 42mm case design, the reference ST105.021 was designed to be more durable. It’s the same model that Neil Armstrong wore during the Apollo 11 flight. The 145.012, which had even significantly wider pushers, was worn by Michael Collins. The famed Omega Caliber 321 movement was utilized in both versions.

Buzz Aldrin wore the Speedmaster ST 105.012. In effect, it is the only watch actually worn on the surface of the moon. Buzz Aldrin’s watch inspired the legendary name Omega Speedmaster Moonwatch, from which the later Omega Speedmaster Moonphase and other collections would be later inspired. In a sad turn of events, Aldrin’s Omega chronograph was stolen while in transit to a museum in the 1970s. The watch is reportedly one of the most expensive collectors watches anywhere on earth.

The legacy of Omega Speedmaster Moonwatch

The journey from Omega Speedmaster Racing to Omega Speedmaster Moonwatch was far from over with the Apollo 11 mission. Even now, the watch is a useful piece of equipment in spaceflight. However, one well-known instance merits mention: the Speedmaster’s contribution in the intense Apollo 13 mission. Apollo 13 was abandoned in orbit after a fuel tank explosion 200,000 miles from Earth. In such circumstances, a Speedmaster was employed to synchronize the critical 14-second engine ignition that insured the spacecraft’s safe entry to the earth.

Since 1957, the Speedmaster family has developed tremendously. It didn’t merely entail the advancement of the fundamental concept or the inclusion of appealing versions such as the Racing Dial and the Ultraman. To enhance the Speedmaster into a more functional professional watch, completely fresh variants were released, showcasing the newest and finest technology.The house of Omega watches has maintained its integrity and craftsmanship to the present day. The Latest lines like the Omega Speedmaster Reduced have continued the tradition of highly functional, professional watches from the house of Omega. Omega has periodically released limited edition recreated versions of the original Omega Moonwatch, including the Omega Speedmaster Silver Snoopy Award 50th Anniversary and the Omega Speedmaster Apollo 11 50th Anniversary Limited Edition.

You may not think of Michael Kors when talking about watches. Actually the Michael Kors watch has been around for more than a decade and keeps growing.  Michael Kors has been producing many beautiful watches for people who want to be stylish without breaking the bank. Read on to find out if you should get […]

Founded by Guccio Gucci in 1921, the Florence-based luxury-fashion company has been renowned worldwide for its magnificent handbags, clothing lines, lifestyle accessories, watches, jewellery and footwear. Gucci is the first Italian haute couture label to venture into luxury watchmaking. Since the early 1970s, the Florentine house has been designing, developing and manufacturing luxurious wristwatches. Now […]