Free Shipping on orders over $99. This offer is valid on all our store items.
Search
Recent Posts
Trending Article
Your First Tissot Watch: Our Picks on 8 Well-made Tissot Timepieces

Getting to Know Zenith: 5 Things You Should Know 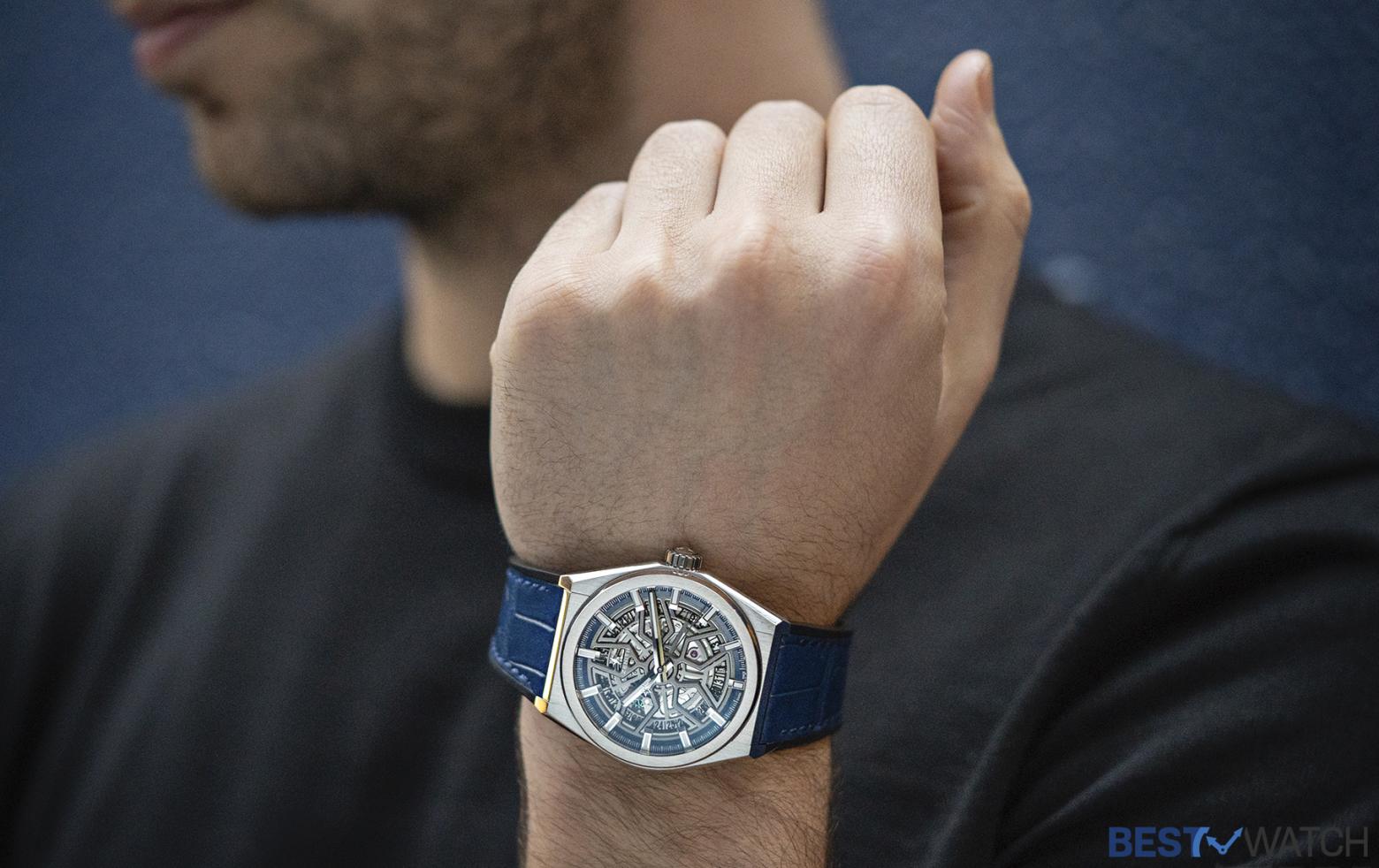 Switzerland is home to many luxury watch houses. Among the most notable are companies like Tissot, Tag Heuer, Omega, and of course, Zenith. Amid this list of illustrious names, Zenith Singapore has been able to carve a place for its own. But how much do you know about this legendary watch brand? Today we will talk about 5 defining moments in the history of Zenith watches.

1.The history of Zenith Watches

The story of Zenith watches traces its origin back to a single person: George Favre-Jacot. His sole mission was to create a watch that defies all expectations. Even in his younger days, he was already making a name as an apprentice in the famous Swiss watchmaking industry. Favre-Jacot has a close bond with some of the best architects of that time. This bond is reflected in the way Zenith watches were thought of and conceptualized. Among the architects having close ties with Favre-Jacot were Le Corbusier and Alphonse Laverrière.

The formal journey of the Zenith watch began in 1865. A 22-year-old Farve-Jacot started his own watch manufacturing unit in a tiny workshop in Switzerland’s Le Locle. He was highly motivated and inspired by the American watch brands Waltham and Elgin, especially of the way they made use of mass production units to roll out affordable watches. At this point, the company got its name ‘Zenith‘. Among the successful modern-day models are the Zenith Pilot Type 20 Chronograph, Zenith Captain Moonphase, Zenith ELITE Classic, and several more.

2.The story of Zenith El Primero

Zenith first showed signs of its brilliance in 1960. That year they introduced the Calibre 5011K movement. The highlight of this new movement was its remarkable precision which was unprecedented. It was incorporated heavily into marine chronometers, pocket watches, and standard clocks. In 1969 came the model that sealed Zenith‘s position as one of the leading watchmakers in the world. The launch of Zenith El Primer changed everything. It was the first integrated automatic chronograph that the world had ever seen. Word of the watch’s marvel reached worldwide in a short time. To this day, the El Primero remains one of the most accurate calibers and can measure an astounding 1/10th of a second. A renovated model with the name Zenith Defy El Primero 21 made use of the famous El Primero movement to become one of the most successful watches in recent days.

3.Loss and revival of the Zenith El Primero

Being the genius of a watch that it was, Zenith El Primero’s journey is worthy of a movie in itself. In the 1970s came the quartz crises that shook the Swiss watchmaking industry to its very core. All brands started rethinking their watch production tools and techniques. In such a circumstance, the parent company of Zenith watches made a decision to exclusively make quartz watches to stay competitive in the market. This mandate sparked fear into some of the employee’s minds.

One of them was Charles Vermont, without whom we would have probably lost the Zenith El Primero. He single-handedly kept all the designs and tools required for Zenith’s mechanical caliber, in fear that they would be destroyed or forgotten. Until 1984, Vermont safely kept away all the plans, designs, and documents. During 1983, the quartz crisis was nearly over and the Swiss watchmaking industry was making steady progress. Consequently, the demand for mechanical watches shot up once more. At this point, to everyone’s wonder, Charles Vermot disclosed the fact that he had kept the plans of El Primero hidden. Once more, El Primero production began, and to everyone’s joy, it was a success again.

4.Mahatma Gandhi and his Zenith Watch

Pocket watches from Zenith were a priced possession for many eminent personalities in the twentieth century. Many reasons account for this popularity. Among the most prominent are the compact size of the watches despite a complicated alarm mechanism, durability, and of course, the legendary precision. In the long list of eminent people owning Zeniths, perhaps the most significant was Mahatma Gandhi’s name. It comes as a shock, especially since Gandhi is known for his austere lifestyle and renunciation of material wealth. So how did the watch end up in Gandhi’s hands?

Zenith watches made their way into India in 1914. It was the time when the seeds of the Indian freedom movements were being planted. At this time, the would-be Prime Minister of India, Mrs. Indira Gandhi, gifted Mahatma Gandhi a Zenith Pocketwatch. What was rather unexpected for Indira Gandhi was the fact that Mahatma Gandhi actually grew fond of the watch and reportedly used it regularly. It is among the few pieces of material possession that Gandhi had with him till the end of his life. On the 5th of March 2009, Gandhi’s Zenith pocket watch was auctioned off in New York. With some of his other possessions, the auction generated a total cost of $2,096,000.

What many people do not is that Gandhi’s Zenith watch was once stolen during a journey. We can find evidence of this in Gandhi’s personal notebooks. Interestingly enough, the thief’s conscience was pricked by the fact that he had stolen from the person who was fighting for his own freedom. Overcome with guilt, the thief returned the watch to Gandhi. Gandhi famously forgave the thief and blessed him.

5.Zenith watches have been to space

While the honor of being the first watch to make it to the moon will go to the Omega Moonwatch, Zenith actually has the first watch to have survived a jump from space. This extraordinary feat was accomplished by Felix Baumgartner, an Austrian skydiver. It all started with the Red Bull Stratos mission. It was a mission to take a person to the edge of the earth, into space. From there, a diver would be launched through a pressurized capsule. Baumgartner was the first person to attempt a freefall from the edge of the earth. It was quite literally a jump from the sky.

The Best Smartwatches for 2020

On the basis of various aspects, we have shortlisted 10 best smartwatches for 2020. In this exclusive list, the first five models are from the world’s top tech-companies, two from tradition watch brands and three from fashion houses. As expected, Apple heads the list with the sensational Series 6. We have also added most recent […]