TAG Heuer: One of The Most Iconic Wristwears featured on the Silver Screen 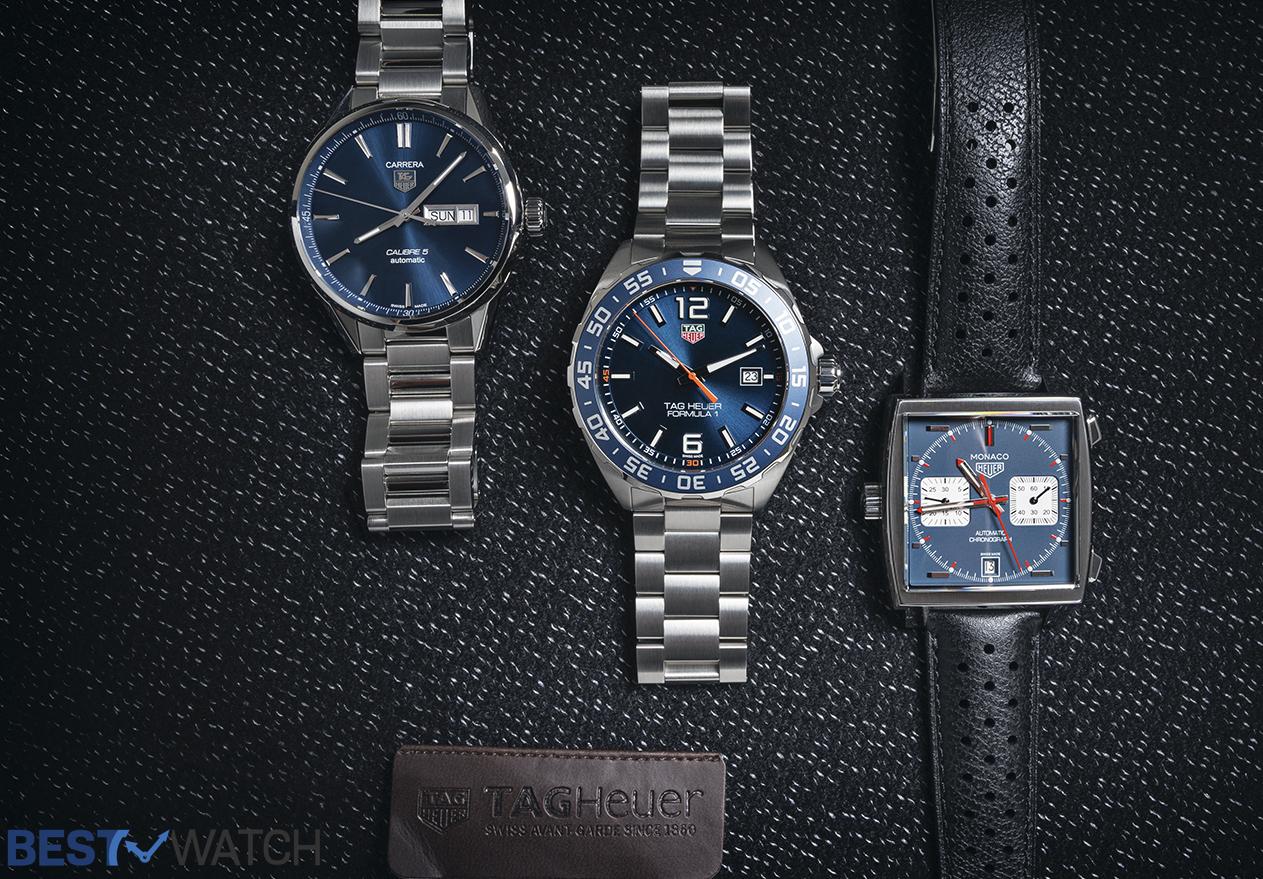 TAG Heuer has been associated with the silver screen for decades. Its extensive expertise as a leader of motorsports watches has catapulted the brand’s popularity in the glamorous world of films. It has several brand ambassadors from various film industries across the world. TAG Heuer has made notable appearances in numerous movies. In this article, we mention a few among them.

Introduced in 1969, Monaco is the most iconic watch from TAG Heuer. Boasting a square-shaped case, it was one of the first self-winding chronographs. Enjoying an enduring association with the world of motor racing, this spectacular creation is one of the most sought-after timepieces in the market. In 2019, the brand celebrated its 50th anniversary by introducing various interpretations of this legend.

Among the watches featured in the silver screen, TAG Heuer Monaco stands out due to its historic importance. In the 1971 Hollywood movie Le Mans, Steve McQueen wore the Heuer Monaco chronograph. This movie portrays the legendary endurance motorsports racing event 24 Hours of Le Mans.

The “King of Cool” gifted one of the Heuer Monacos featured in this movie to the film’s chief mechanic Haig Alltounian. In 2020, this historically important timepiece was sold for the whopping US $1,800,000 (about 2,970,190 Singapore dollars) during the Phillips RACING PULSE auction in New York City. It is the most expensive vintage Heuer wristwatch ever sold.

Since it was released in 1969, Monaco has remained a significant collection of the Swiss watchmaking company. Introduced in 2020, the latest generation automatic chronographs are equipped with the in-house Calibre Heuer 02. The retail price range is about S$ 6,000 – S$ 10,000. The brand also offers Monaco quartz watches with prices starting at S$ 2,500.

The iconic British racing circuit Silverstone has been closely associated with the Swiss watchmaking brand as many of its ambassadors and F1 team partners accomplished victories there. In 2010, the company released a re-edition of the Silverstone automatic chronograph equipped with a customized Calibre 11 movement. Rare to find, this TAG Heuer watch costs about S$ 5,000.

As the name suggests, Aquaracer represents the Swiss brand’s outstanding collection of aquatic-themed sports watches. It offers diving timepieces for both men and women.  In the 2016 movie Dirty Grandpa, the leading character played by the acclaimed American actor Robert De Niro shows off a TAG Heuer Aquaracer 500m diving watch with a ceramic bezel. Released in 2017, the British-Chinese action thriller film S.M.A.R.T. Chase, you can find an Aquaracer titanium blue diving watch on the wrist of Chinese actor Leo Wu Lei.

Aquaracer is one of the most extensive collections from the Swiss watchmaking company. It is comprised of small, medium and large size diving watches in stainless steel or titanium. The collection includes quartz models and self-winding watches with TAG Heuer calibre 5, 7 or 9 movements. From this series, the brand offers time-only, date and chronograph versions as well as diamond-set variants. The approximate retail price range is S$ 1,500 – S$ 5,000.

Born in 1963, Carrera is a noteworthy collection boasting its historical ties with the motorsports arena. The watch is named after the legendary Carrera Panamericana Mexico Road Race. Released in 2019, the American sports drama film Ford v Ferrari portrays a much talked about rivalry between the world’s two renowned car-making companies.

These events date back to the 1960s. During this era, Ford Motor Company under the leadership of Henry Ford II decided to create a new racing car to pit against the Italian automobile giant. For this, Ford created a specialist team led by legendary automotive designer and motorsports driver Carroll Shelby. The result of their mission was the iconic GT40, which won the 24 Hours of Le Mans in 1966 by defeating the Ferrari. Matt Damon, who played the role of Carroll Shelby in the movie, opted to wear a 1960s Heuer Carrera chronograph.

Carrera is a comprehensive collection, offering wristwatches highlighting contemporary sports or heritage styles associated with motorsports. Available for both men and women, it offers automatic and quartz versions. Among them, the TAG Heuer Carrera calibre 5 automatic day-date watch is a best-selling product.

The premium chronograph watches from this extensive collection are available with the self-winding caliber 16 or the newly inducted in-house movement Heuer 02. The quartz category has a retail margin starting around S$ 1,500. In the mechanical segment, the TAG Heuer Singapore price range is S$ 3,000 – S$ 15,000 for regular day-date and chronograph watches. The complication watches equipped with chronograph and tourbillon cost above this range.

Thanks to its techno styling and advanced wearable technology, TAG Heuer Connected is the most avant-garde smartwatch ever made. Introduced in 2015, this revolutionary product seamlessly combines the much acclaimed Swiss watchmaking heritage with smartphone technology. It was selected as the official timepiece for the 2017 British-American action-comedy sequel Kingsman: The Golden Circle. In this movie, Kingsman’s secret agents wear the TAG Heuer connected smart-watches.

The TAG Heuer smartwatch was developed in collaboration with tech giants Intel and Google. They feature an innovative modular construction enabling the owner to switch between smartwatch and mechanical watch modules. The retail price range is S$ 2,000 – S$ 5,000. Its fully diamond-studded Connected Modular watch costs around S$ 277,350.

Introduced in 2004, this wristwatch collection takes inspiration from the energetic and glamorous facets of motorsports racing. Specially dedicated to young-generation customers, these timepieces highlight dynamic details and are available in automatic and quartz versions. In the Bourne series of action thriller films, the leading character portrayed by Matt Damon wears TAG Heuer watches. In the 2016 Jason Bourne movie, Matt Damon sports a TAG Heuer Formula 1 chronograph. The retail price range of this series is S$ 1,200 – S$ 8,000.

Among the various movies that portrayed Tag Heuer wristwatches, The Wolf of Wall Street deserves an honorable mention. In this acclaimed film, Jordan Belfort (played by Leonardo DiCaprio) wears various TAG Heuer watches, especially the models produced from 1980 to 2000.

Tissot is widely considered to be one of the most iconic Swiss watch brands in the world today. Presently, it is part of the Swatch Group and is known primarily for its affordable mechanical watches. The brand has over 165 years of experience in the watchmaking industry and is loved by watch connoisseurs all over […]

The Best Smartwatches for 2020

On the basis of various aspects, we have shortlisted 10 best smartwatches for 2020. In this exclusive list, the first five models are from the world’s top tech-companies, two from tradition watch brands and three from fashion houses. As expected, Apple heads the list with the sensational Series 6. We have also added most recent […]

Classy timepieces are some of the most admired and coveted pieces of technology. A luxury watch worn on your wrist can instantly add panache and finesse to your overall look. Combining the best in design, craftsmanship and history, prices of opulent watches can soar into the millions.  Here, we have listed the 10 most expensive […]