Free Shipping on orders over $99. This offer is valid on all our store items.
Search
Recent Posts
Trending Article
An Ultimate Guide to Buying Your First Panerai Watch 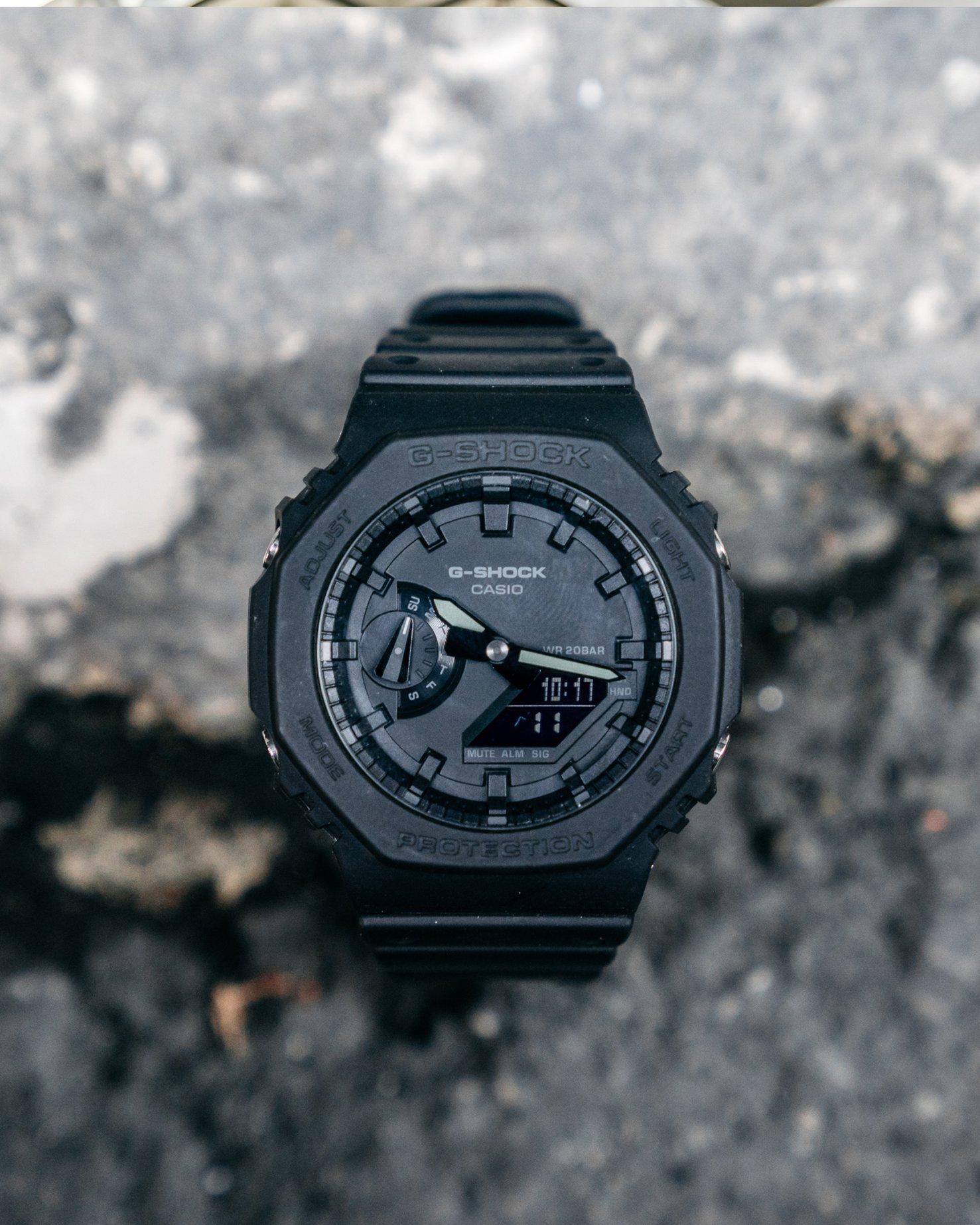 When we refer to digital watches, one of the first watches that come to mind is the Casio G-Shock. The G-Shock brand is a legendary one that has achieved iconic status thanks to its durability and ruggedness. These watches are among the popular ones sold worldwide. They are especially popular among young people. The rugged and shock-resistant nature of the watches is what makes them so popular.

G-Shock watches are a brand created by the legendary Japanese electronics company Casio. G-Shock stands for Gravitational Shock. The watch is so named because of its unique shock-resistant feature. Kikuo Ibe is the designer of these watches who achieved his goal of creating a watch that would not break even if dropped. This idea came to him after he broke his favorite watch gifted by his father.

The first shock-resistant watch developed was DW-5000C. It is interesting to know how the early watches were tested. They were thrown from the building windows from a height of meters!

The GMW B5000 was one of the most successful watches launched by Casio. Since then, it is the G Shock GA 2100 series that has taken the world by storm. The GA 2100 watch is called ‘CasiOak’ as it resembles the Audemars Piguet Royal Oak.

What is special about G Shock?

There are a number of unique features in the G-Shock Watches that make it so popular, especially among youth. G-Shock Singapore has become a popular brand thanks to the features of this watch that appeal to the youth. The younger generation likes G-Shock sg watches because they are trendy, cool, rugged, and have amazing features.

Some of the great features of the G-Shock Watch include:

GA 2100 Singapore has come out with the latest model in the series, which is the GA 2100 1–A-1. This G-Shock Japan model was released the world over in 2019. Since its launch, it has gained in popularity rapidly. Its popularity in Singapore, Japan, and other places has led to becoming as iconic a watch as the original G-Shock watch.

This model is as rugged and sporty as its predecessors are. What has made it so popular is its sleek and stylish appearance. Add to this, its legendary durability and performance, the watch has become a winner.

The many aspects of this watch that has made it so popular are reviewed below.

Owning a G-Shock watch is a matter of pride. It has always considered a premium watch. The price of the new GA 2100-1-A-1 has truly taken the world by storm. It is priced at just $99! This is truly value pricing, which has made this watch so popular.

With all the features it has and the G-Shock innovative functionality, it is a steal at $99. The great pricing is one of the main reasons why this watch has become a bestseller.

The design of the GA 2100-1-A-1 is new. It is a modern design that has been applied to a traditional iconic watch. The new design has been liked a lot thanks to its blend of a sporty look with style. The distinctive bezel is smaller than the other models giving it a conservative appearance but yet retains the octagonal shape of the old model.

The case has been redesigned with the band. The resin case for this watch is black, which is a standout color. The case is 45.4 mm in diameter, making it a large watch. But the overall weight of the watch is less. It weighs just 51 grams (1.8 ounces). The large look with the lightweight design has made this watch so popular.

Like other models, this one too has text printed on the bezel to help you know the functions of the different buttons. There used to be complaints about the buttons but that was been fixed in this model. The buttons are now longer, making it easy to use them.

The watch has all the G-Shock standard features that make it so durable. It had heavy-duty shock resistance that lives up to the expectations users have of it. The water is water-resistant for 200 meters (300 feet). This makes it suitable for use by divers and swimmers.

It has a stopwatch that is helpful for sportspersons. A 24-hour countdown timer is a standard feature. It displays both the date and day. It also has the standard dual backlight using LED.

4. The dial and strap

The dial is one of the highlights of this watch. It has white hands and light grey indices that make it stand out in the black background. The big hands, as well as the hour markers, are large making it easy to read the time. With luminescence on the hands, seeing the time is easy in the dark.

The resin strap that is black in color goes perfectly well with the rest of the watch. A highlight is the quick-release option that allows you to take off the strap easily. The light strap makes it comfortable to wear.

To sum up, the new watch in the GA 2100 series is a winner just like other watches in the series, thanks to the innovative design, performance, and pricing. This is a great, stylish watch that is value for money.

11 on-trend watches for your wedding day

Wedding day is one of the most memorable occasions in every one’s life. During wedding ceremonies, everyone wear their best dresses. Typically, the style used for wedding suits and other accessories is traditional, and sometimes with a contemporary touch.  To complement the elegant and well-tailored wedding dresses, we have prepared a list of eleven on-trend […]

Korean Fashion and Trends: Accessorize with a wristwatch

The Hallyu wave is taking over the world. Confused about what the Hallyu wave is? Hallyu is nothing but the exposure of Korean culture. The wave signifies how it is becoming increasingly popular across the world. K-pop or Korean pop is everywhere at this point. Huge groups such as BTS, Blackpink and many others with […]