Free Shipping on orders over $99. This offer is valid on all our store items.
Search
Recent Posts
Trending Article
8 Legendary Tool Watches from Sinn That Exhibit The Art of German Watchmaking

IWC Watch: A Review of Its Timeless Collection 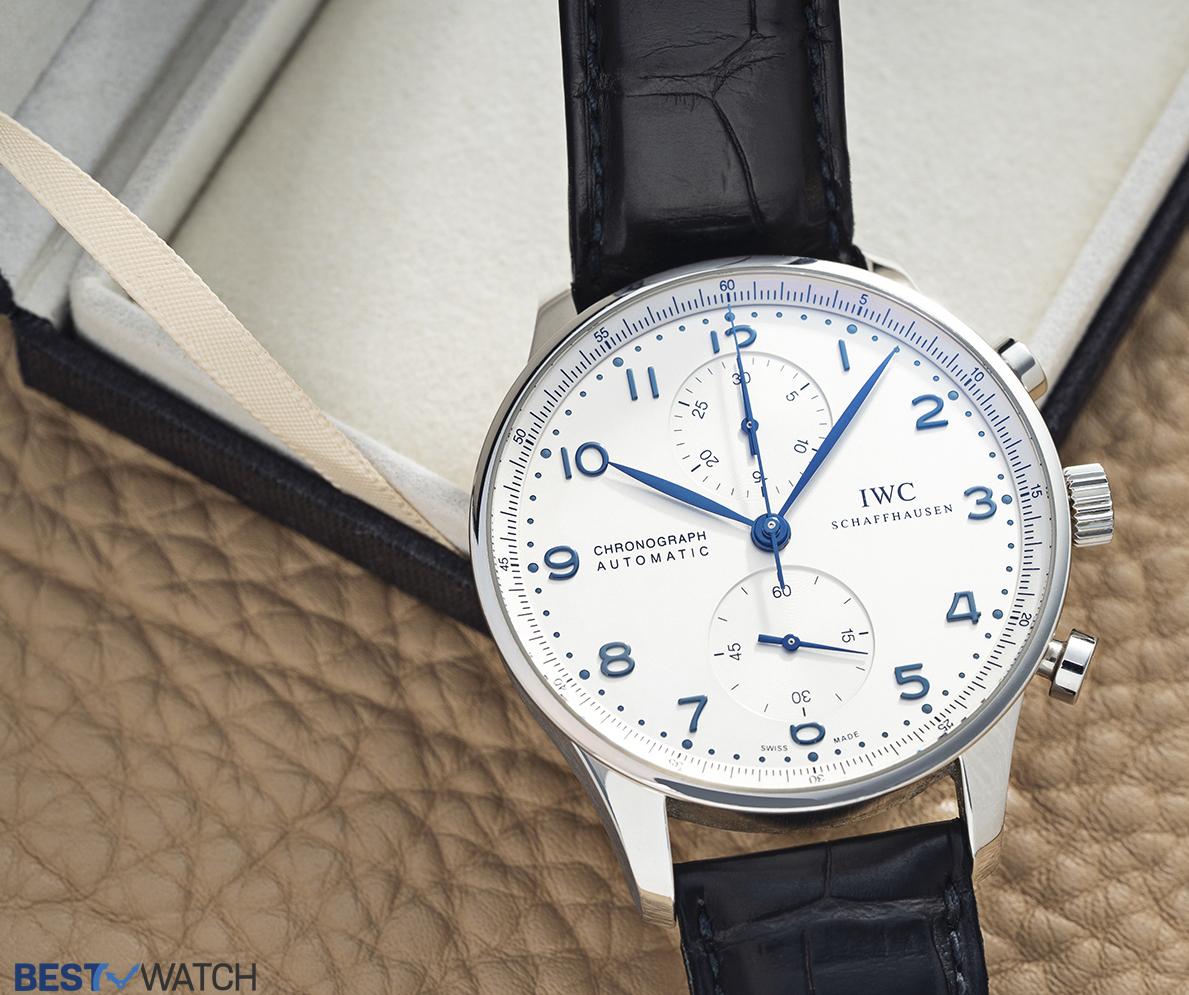 Being one of the world’s top watch brands, the International Watch Company (IWC) is renowned for producing excellently crafted luxury watches. The brand is currently housing six signature watch families that each of which has gained a huge amount of admirers over the world. Together they offer high-quality watches in every style, from professional tool watches, sports watches to dress watches. These IWC watches, including the famous IWC Pilot’s watches, IWC Portugieser and more, have been consistently popular around the world for decades.

Holding up a fascinating history, The legendary watch brand IWC Schaffhausen has been deeply rooted in American entrepreneurship and the watchmaking traditions of Switzerland’s Schaffhausen area.

The company was originally established by a young and talented American watchmaker Florentine Ariosto Jones in 1868. In the beginning the company specialized in producing pocket watches. Within a short span of time, the IWC pocket watches had gained high popularity in Europe.

The company continued to strive for innovations and breakthroughs. It released its first wristwatches in 1899 and produced its first calibers for wristwatches in 1915. Its first calibre 75 movement had no second displays, but very soon its next caliber 76 movement was already equipped with a small seconds display. Since then, the company continued to create advanced movements for their watches.

Until the 1930s after its launch of two flagship collections, the IWC watches grabbed the attention of the world. In 1936 the IWC Special Pilot’s Watch was released. The watch featured an arrowhead index on a rotating bezel in order to display the takeoff times. The remarkable function was very useful to the military and these IWC watches had soon been used by many pilots.

Throughout the decades, IWC has been expanding its popular collections and released countless notable timepieces that have amazed watch collectors all over the globe.

Currently, IWC is focusing on its six main watch families that have remained bestselling collections through the decades. The company manages to preserve and elevate the essence of each lineup while incorporating latest technologies and styles into them. To purchase a IWC watch Singapore is one of the best places that offer reasonable prices. Let’s take a brief look at each of the iconic IWC watches:

The IWC Portugieser collection was originally introduced in 1939 with the reference 325. It was created under a special request of two Portuguese businessmen for a robust wristwatch that could perform high precision as a marine chronometer.

Addressing this custom order, IWC used a men’s pocket watch calibre 74 and placed it into a 41.5 mm wristwatch case. As a result, a large and legible stainless steel watch, the first Portugieser watch was born. Its railway-track-style chapter ring, the large Arabic numerals, and the slender feuille hands are the defining characteristics of this timeless timepiece.

Today the IWC Portugieser collection is already the most popular and recognizable IWC watch. This watch is an icon of modern elegance well known for its plus size features and classic craftsmanship.

In 1955, IWC introduced the IWC Ingenieur watch housing its first in-house automatic movement 85 Calibre. The name of the watch, “Ingenieur”, refers to “engineer” and “a person who works with machinery” in French. As suggested by the name, IWC Ingenieur was created as a trusted tool watch for mechanical professionals including engineers, technicians and scientists. With the remarkable calibre with Pellaton winding, this robust watch was capable of telling time precisely without being affected under tough conditions even with strong magnetic fields.

For over 60 years the IWC Ingenieur watch has gone through several modifications and updates since its launch. Now it is not only crafted for technicians and scientists, but also for the masses such as the watch lovers who desire a professional watch with the best quality.

Seeing the rising trend of scuba diving, IWC Aquatimer was released in 1976 as the first water resistant watch of the brand. The watch offers all the features that divers would need. This IWC diver watch is water resistant up to depths of 200 m and it features a rotating bezel that can be set by a second crown for timing the dive.

Its classic black dial is equipped with large and luminescent numerals and hands for readability under conditions of poor visibility.

Over the decades the IWC Aquatimer watch has been updated with a handful of new versions. In 2014, IWC re-edited the Aquatimer collection with its latest technologies and ongoing trends. The brand has successfully retained the essence of the old model and integrated them to meet the needs of the current market. This IWC diver watch is now available in numerous variants of different case sizes, dials, metals and complications.

Introduced in 1969, IWC Da Vinci is one of the most recognized collections of the brand. This IWC watch collection had attracted massive attention from many watch enthusiasts as the very first Swiss quartz watch.

The first IWC Da Vinci watch was powered by the groundbreaking Beta 21 movement. The “21” in its name refers to the number of brands and manufacturers, including IWC, that had participated in the development of this movement. The IWC Da Vinci watch was encapsulated by an extraordinary hexagonal case with long indices. For over 50 years, this IWC watch family line has been releasing numerous updated models with wide variations of styles.

This IWC pilot watch collection is one of its very first watches that gained worldwide popularity and success for the brand. Its first Special Pilot’s Watch was released in 1936 especially for civil airmen.

To endure the tough conditions in the sky, the IWC Pilot watch is highly resistant to temperature ranging from -40 C to +40 C. Its anti-magnetic escapement and rotatable bezel for marking take-off times are also very important features to pilots. Later, IWC had also supplied watches for pilots in the Royal Air Force. Its Mark 11 Navigator watches have been distributed to the British air force, and those of other Commonwealth nations for a few decades.

Over the years, the IWC Pilot’s watch collection has expanded with a wide range of complications, including chronographs and date displays, as well as new models. Seeing the success of the Pilot’s watch, the brand created the IWC Big Pilot’s Watch, with an extra large 46 mm case size, in 2002.

IWC released the first Portofino watch as its most elegant watch in 1984. This IWC dress watch perfectly blended its bold oversized case along with an elegant slim profile. Its long Breguet-style hands and elongated Roman numeral indices have added an extra touch of vintage.

Its delicate moon phase complication is another distinguished feature of the IWC Portofino watch. Placed at the 3 o’ clock on the dial, the moon is plated in gold with a background in blue color.