Free Shipping on orders over $99. This offer is valid on all our store items.
Search
Recent Posts
Trending Article
The Classic Design Dive Watches: Seiko Prospex 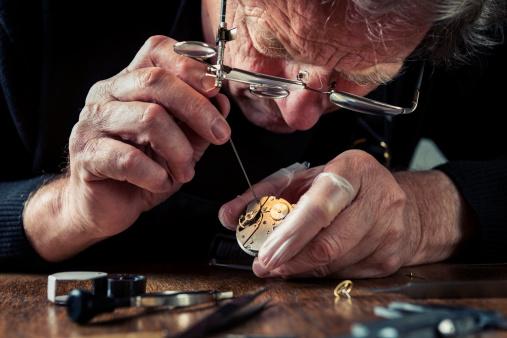 Invented by the visionary Swiss-French watchmaker Abraham-Louis Breguet, Tourbillon is the most amazing and visually engaging horological complication. Patented in 1801, it was originally created to cancel out the effects of gravity for ensuring precision of portable mechanical timepieces such as carriage clocks and pocket watches.

Breguet commenced the commercial production of tourbillon watches in 1805. According to historians, only 35 examples were commercialized by the great watchmaking genius.

Tourbillon (pronounced as tür-bē-yōⁿ) is a French word for whirlwind. In this mechanism, the escapement and balance wheel are mounted in a revolving cage. Due to the complexity involved to manufacture this micro-mechanical device, only a small number of brands offer tourbillon watches in their regular collections. Notable evolutions of this amazing horological mechanism are single, double and triple axis tourbillons, flying tourbillon and Gyrotourbillon. Some high-end watchmaking houses offer timepieces featuring two, three or four tourbillons.

Classic Tourbillon timepieces house the purest form of tourbillon complication as envisaged by its inventor. They usually come with hand-wound movements.

Reference 3357 from the Breguet Classic Complications series is a classic manual-winding tourbillon watch. Available in rose, yellow or white gold, this breguet watch features a subsidiary dial for hour and minutes display and a single tourbillon cage at 6’oclock with running seconds indicator. One of the smallest tourbillon wristwatches presently available the market, the 35mm diameter model houses the Caliber 558T with a power reserve of 55 hours. The breguet singapore price of this timepiece is more than S$150,000.

A. Lange & Söhne 1815 Tourbillon is also a great choice in the classic manual-wound category. Made in Germany, this haute horlogerie masterpiece comes in 18K gold and platinum versions. In addition to the magnificent tourbillon complication positioned at 6 o’clock, this timepiece combines two innovations: stop-seconds function for the tourbillon and the ZERO-RESET time-setting mechanism. It comes in a 39.5mm diameter case.

The Blancpain Villeret Tourbillon 8 Jours is a classic variant with longer power reserve. Equipped with a manual-winding movement, this 37.5mm blancpain watch offers an incredible autonomy of 192 hours (8 days).

Flying tourbillon was designed by German watchmaking instructor Alfred Helwig in 1920. The classic tourbillon mechanism is fixed on both sides where as the flying tourbillon complication is fitted on a single anchor. Due to the cantilevered design, it appears to be flying within its cage.

The glashutte original singapore price of this timepiece is more than S$146,000.

Introduced in 2018, the bulgari octo finissimo tourbillon is the thinnest self-winding flying tourbillon watch in the world. Made of titanium, the case measures 42mm diameter and 3.95mm thickness. Inside the octo finissimo tourbillon watch beats Caliber BVL 288, an extremely thin automatic skeleton movement measuring just 1.95mm thickness. It is equipped with a peripheral rotor and provides a power reserve of 52 hours.

Octo Finissimo is a series of mechanical bulgari watches renowned for their extremely thin design. Fitted on a titanium bracelet, this light-weight and ultrathin wristwatch spotlights a sand-blasted finish. It has two central axis hands for displaying the hour and minute. The flying tourbillon is visible at 6 o’clock.

The Piaget Altiplano Tourbillon watch features a 7.35mm case. The breguet tourbillon 5367 has a 7.45mm case and the Arnold & Son UTTE has a thickness of 8.34 mm.

Featuring 11.3mm thickness, the JLC Master Ultrathin Tourbillon watch is available in 18K Gold, with or without diamond-setting. Powered by a self-winding movement, it comes in a minimalistic time-only configuration or with additional complications like moonphase. The jaeger lecoultre singapore price of this model is above S$119,000.

The tourbillon mechanism invented by Abraham-Louis Breguet featured a single axis. Majority of classic tourbillon watches are based on this concept. Gradually, watchmakers have developed various types of mechanisms like multi-axis tourbillons.

Gyrotourbillon is a special kind of tourbillon mechanism that rotates on two difference axes. It means that both the inner cage and outer cage of the tourbillon revolve for an enhanced protection against the effects of gravity. Jaeger-LeCoultre is a manufacturer of gyrotourbillon watches.

In watchmaking, the illumination technology was initially introduced in tool-watches, specially created for military personals. The primary aim was to illuminate the dial of the watch for ensuring optimum visibility around the clock and in any light conditions. Initially, Radium-based luminescent material was employed for illuminating the hands and indexes on the dial. However, due […]

Pick A Chopard Watch for Your Cocktail Attire Dress Code

Chopard has been an esteemed label in high society for both its jewelry and timepieces. Chopard watches are loved by famous figures from different fields, ranging from Hollywood stars to international entrepreneurs. These luxury watches have frequently been spotted with them during public appearances including red carpets. So if you are looking for a perfect […]