Free Shipping on orders over $99. This offer is valid on all our store items.
Search
Recent Posts
Trending Article
10 Things You Should Know BEFORE Buying A Casio Watch! 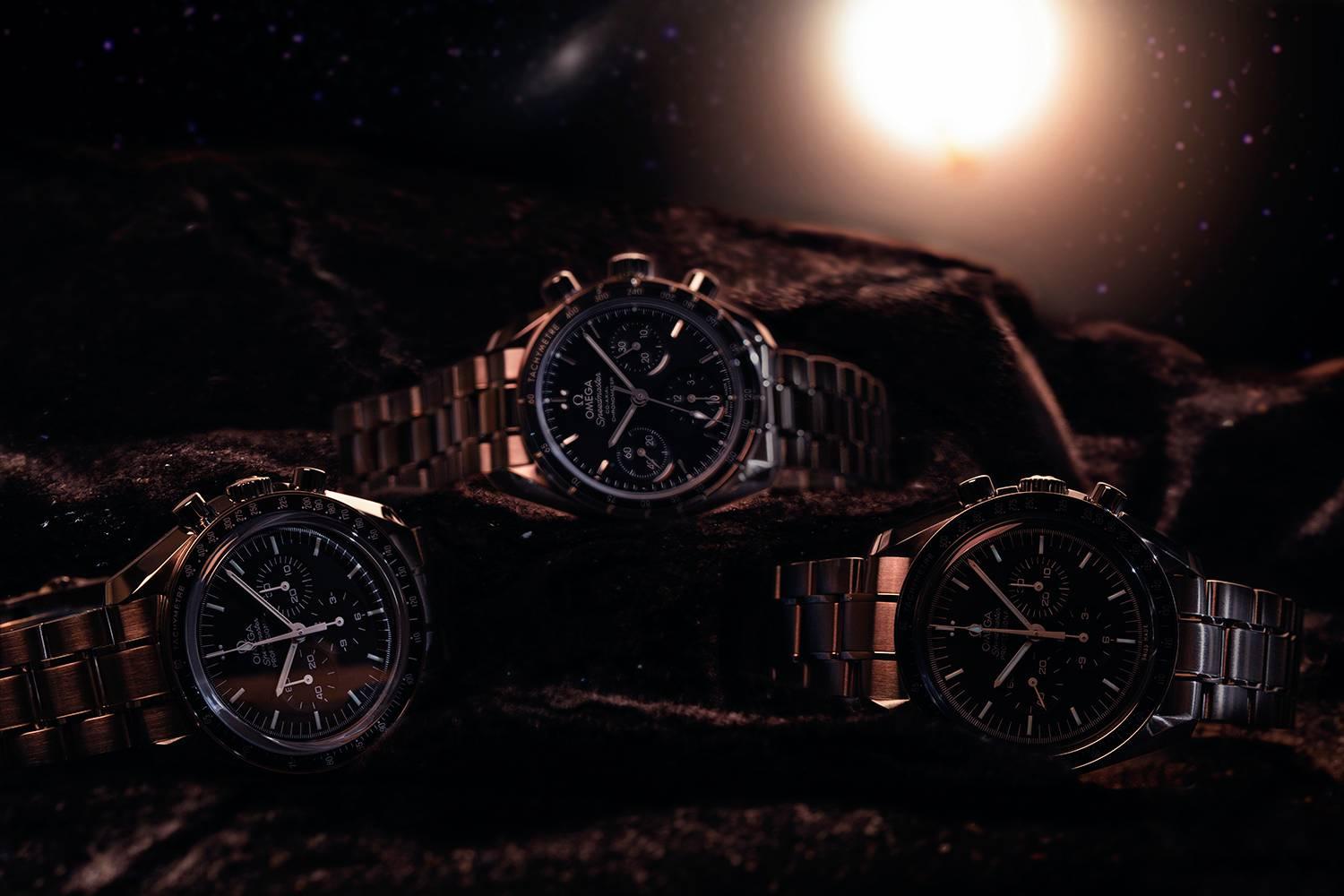 A few months ago, the Swatch group announced a peculiar collaboration between two well-known players from of its brand portfolio: Omega and Swatch. Interestingly, it gave birth to one of the most discussed watch collections in the recent history. Named Moonswatch, this extraordinary series enjoyed a sensational success.

Omega and Swatch are two world-renowned Swiss watch brands. The former belongs to the prestige luxury segment while the later in the affordable price category. Both are known for their distinctive class and style. The moonswatch is a result of fusing the iconic design features of a highly valued chronograph with Swatch’s manufacturing methods and pricing.

As we all know, the Moonwatch is one of the most admired timepieces ever made in the history of watchmaking. Highly sought-after by the collectors from all over the world, this iconic creation belongs to the Omega Speedmaster family of professional chronographs.

The iconic Omega Speedmaster watch was introduced in 1957 along with the Seamaster 300 and the Railmaster. Originally envisaged for the motorsports professionals and enthusiasts, this chronograph became NASA’s official timepiece for its manned space endeavors. The Speedmaster professional chronograph won all the rigorous tests conducted by the prestigious agency in 1965 to qualify as an ideal timepiece for their manned lunar landing missions.

NASA successfully conducted the first manned moon-landing in 1969. During this historic mission, the crews of the Apollo 11 spaceflight were provided with Speedmaster chronographs. Thanks to this incredible achievement, the iconic omega watch has earned the nickname Moonwatch.

Omega is a leading luxury Swiss watch brand. Its origins date back to 1848, when Louis Brandt founded a watchmaking company in the Swiss village named La Chaux-de-Fonds. Currently based in Biel/Bienne, the company is a major subsidiary of the Swatch group.

The Swiss watch brand Swatch was founded in 1983. It played a tremendous role in reviving Switzerland’s watchmaking industry, which suffered a huge market loss due to the influx of cheap quartz watches from Japan. Swatch has been known for their attractive looking quartz wristwatches.

In 1983, the visionary entrepreneur Nicolas G. Hayek took over SMH (Société de Microélectronique et d’Horlogerie), a massive industrial group involved in the production of watches, movements and other components. In 1998, SMH was renamed to Swatch group. Right now, the Swiss conglomerate owns and operates a number of watch brands in the prestige luxury, high, middle and basic segments.

Belonging to the prestige luxury segment, the omega watch price range of regular production models is S$3,000-100,000 in Singapore. Available in stainless steel and precious metal versions, the present generation omega speedmaster moonwatch sells in the S$7,000 to S$55,000 range. In comparison, Swatch watches are available in the S$80 to S$400 range.

By producing an affordable homage, Swatch group has succeeded in leveraging the iconic nature of the original Moonwatch. Announced in March 2022, the initial sale of omega x swatch moonswatch has been limited to selected Swatch boutiques only. It has been incredibly successful, with thousands of customers rushing to each boutique for acquiring one.

Swatch has launched eleven omega moonswatch models, each one representing a celestial body. These timepieces are equipped with quartz chronograph movements. With this “out of the blue” series, the Swiss brand pays tribute to the Sun, the Moon, the eight planets of the Solar System and the Pluto. Named after any of these planetary bodies and adorned with rarely seen color combinations, each edition has its own aesthetic highlights.

The brand has strategically placed the moonswatch price in the affordable range so that a massive number of customers around the world could appreciate this amusing product.

As we already discussed, the design inspiration of this swatch omega collaborative series came from the original Moonwatch worn by the astronauts of the NASA’s historic Apollo 11 program. The designers have faithfully recreated all the iconic features like the asymmetrical case, the tachymeter bezel with dot over ninety and the characteristic sub-dials.

The joint OMEGA X swatch logos are inscribed on the dial and crown. The dial also features the texts Speedmaster and MOONSWATCH. Just like the original Moonwatch, it has three sub-dials. The design, shape and color-theme of dial elements vary depending upon the version. For example, all the three counters of the Mission to Venus are oval-shaped where as other models have round counters. Similarly, the Mission to Mars model feature Omega Alaska Project watch inspired hands for chronograph 60-minute and 10-hour registers.

On the reverse side, each swatch moonswatch has its own mission statement and inspirational engravings. The battery cover on each watch features a depiction of its planet. The design of the strap is naturally inspired by the spacesuit band of the original moon watch.

All the watches from this Swatch boutique exclusive collection are made of an innovative material called BIOCERAMIC. The moonswatch strap is made of VELCRO© fabric. Just like the historic Moonwatch, the front crystal is hesalite. The hour, minute and chronograph centre seconds hands are treated with Super-LumiNova pigment for enhancing the visibility even during the absence of light. The water resistant of this 42mm watch is approximately 30 meters.

The swatch moonswatch singapore price is about S$350 when you purchase it through any official boutique. Attributed to high-demand and low supply, they are now being sold in unbelievable costs in secondary markets.

A Closer Look at the Girard Perregaux

Being one of the oldest Swiss watch brands, Girard Perregaux, is not satisfied just sustaining its status, but keeps on striving for breakthroughs and innovations. Just recently in 2021 the brand took its first attempt collaborating with the Aston Martin F1 team and released a few contemporary models.  This historical brand may not be as […]