Free Shipping on orders over $99. This offer is valid on all our store items.
Search
Recent Posts
Trending Article
Variations of Tourbillon 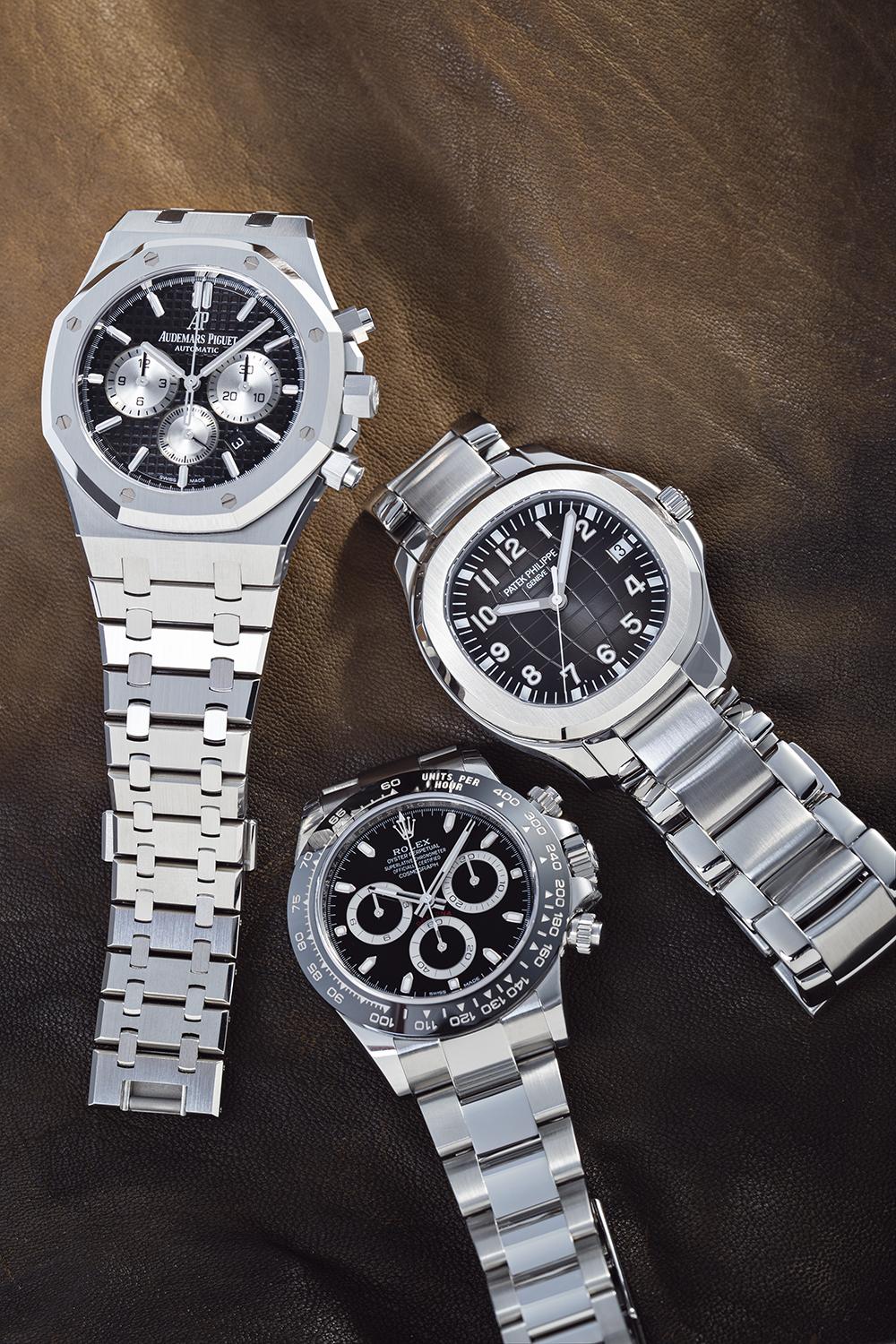 The Royal Oak by Audemars Piguet is one of the most admired luxury watch collections. Introduced in 1972, this exceptional series is currently celebrating its 50th anniversary. It proudly expresses the Vallée de Joux based fine watchmaking manufacturer’s savoir-faire and forward-thinking spirit.

When it launched in the early 1970s, this high-end sports watch broke the prevailing aesthetic codes of that era. The legendary Swiss watch designer Gérald Genta opted for conventional features for the Royal Oak. Firstly, for the first time in the history, the prestigious manufacturer selected stainless steel to produce a luxury wristwatch. Known as “Jumbo”, this audemars piguet royal oak model measured a 39mm diameter. It was equipped with the self-winding calibre 2121 featuring an ultra-thin size.

Celebrating the golden jubilee of this flagship series, Audemars Piguet has painstakingly created a number of new royal oak models. Let us explore the details about the most recent evolutions from the acclaimed AP watch family.

Audemars Piguet has added some enhancements to the case to ensure more ergonomics features than the previous Royal Oaks. The design of the integrated bracelet has also been improved for making it thinner and lighter, thus assuring optimum comfort on the wrist. The manufacturer has also undertaken some design enhancements on the hour-markers, the logo and the minute track to provide aesthetic harmony across the different models.

Equipped with the Self-winding Calibre 5900, the ap royal oak 37mm watch display hour, minute, central seconds and date. The oscillating weight of the movement is made of 22K pink gold. It has a power reserve of 60 hours. Audemars Piguet is presently offering stainless steel, Bi-metal and 18K gold versions of this watch. Diamond-set variants are also available.

This timepiece is a tribute the very first royal oak watch “Jumbo.” Just like its illustrious ancestor, the reference 16202 features a 39mm diameter case. While the historical model was made of steel, the new 50th anniversary edition is available in 18K gold, platinum and steel versions. All the new Royal Oak “Jumbo” Extra-Thin watches are equipped with the AP 7121 self-winding movement. Boasting an ultra-thin profile with a thickness of just 3.2mm, this caliber generously provides an exceptional power reserve of 55 hours.

Imbued with a more contemporary style, the new Audemars Piguet Royal Oak “Jumbo” watch displays hour, minutes and the date. Except the platinum model, all models spotlight the “Petite Tapisserie” pattern dials. The stainless steel variant features a midnight blue dial. The pink gold version comes with a smoked grey dial where as the yellow gold variant has a smoked yellow-gold toned dial. The platinum ap jumbo watch is available with a smoked green dial with sunburst finish.

The new 38mm audemars piguet royal oak chronograph is equipped with the automatic 2385 movement. Beating at 3Hz (21,600 vibrations/hour), it provides a power reserve of 40 hours. It incorporates the 30-minutes register at 3 o’clock, the small seconds at 6 o’clock and the 12-h counter at 9 o’clock.

Equipped with the Caliber 4401, the new Royal Oak Self-winding Chronograph 41 mm models display the 12H counter at 3 o’clock, the small seconds dial at 6 o’clock and 30 minute register at 9 o’clock. Endowed with a “50-years” oscillating weight in rhodium-toned 22-carat pink gold, this automatic movement has a power reserve of 70 hours.

Designed by Emmanuel Gueit and introduced in 1993, Royal Oak Offshore is a sportier evolution of the iconic Royal Oak family. This distinct series has been known for bold and masculine characteristics. In 2021, Audemars Piguet launched new design evolutions of this watch in 42mm and 43mm versions, including a number of royal oak offshore chronographs and divers.

Joining the 50th-anniversary celebration in 2022 is a new series of diamond-set versions equipped with the Caliber 4401 self-winding fly-back chronograph movement.

These sparkling creations are available in 43mm diameter case size, with bezel-set or full-set options. Presently, the brand is offering 18K white gold models in the recently launched gem-set edition. Depending upon the version, brilliant-cut or baguette-cut diamonds are used. The dial design can be fully paved, or “Méga Tapisserie” pattern. The new ap royal oak offshore 43 mm Gem-set watches are offered with a full-set metal bracelet or rubber strap.

Audemars Piguet belongs to the holy trinity of the luxury watchmaking along with Patek Philippe and Vacheron Constantin. The brand has been positioned in the high-luxury segment. The audemars piguet singapore price typically starts at S$ 20,000 for entry level models. For high complication watches, precious metal variants and diamond-set versions, the selling prices usually go above S$ 100,000. The least expensive AP wristwatch is the 33mm Royal Oak quartz watch in steel. In the self-winding segment, the audemars piguet royal oak price starts at S$ 30,000.